Oversized cargo and the pandemic

We received a request to conduct the delivery of a rotary calcining furnace and its components in early 2020. However, the new coronavirus infection postponed the plans for the delivery of oversized cargo: the borders were closed and the cargo owner worked remotely. After the self-isolation regime over in June 2020, it was decided to resume negotiations on the delivery. For the implementation of the project TRASKO considered various ways of delivery: by sea, by rail and by road.

Taking into account the dimensions of the cargo (21.3 m x 2.8 m x 3.8 m), TRASKO decided to conduct the delivery onboard of the three connected universal railway platforms. Initially, we also considered the possibility of delivering the cargo on a conveyor, but it was decided to abandon this option, because it was necessary to order it 1.5 months before loading, which was difficult in the current epidemiological conditions. 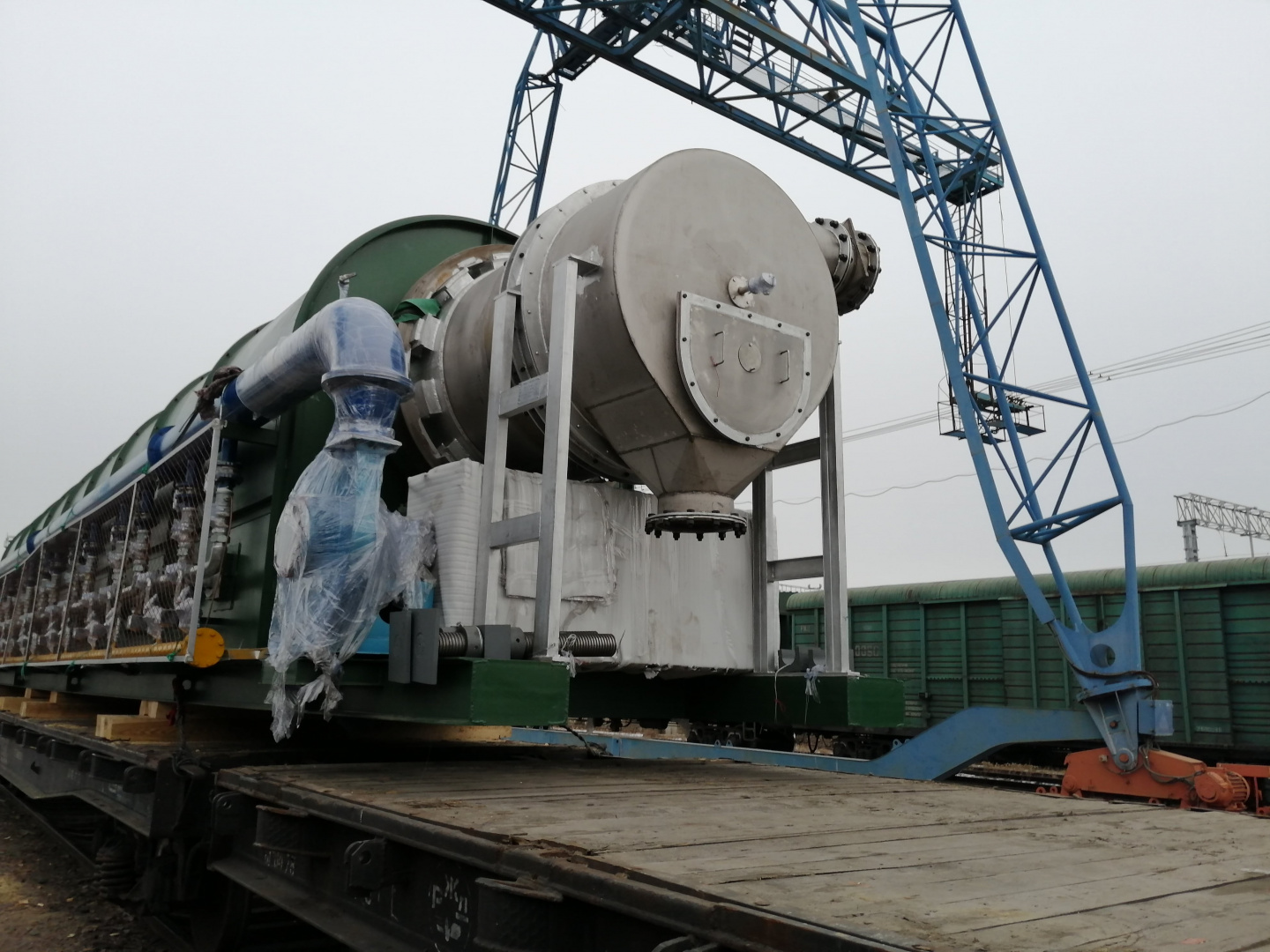 In mid-August, by the time the order was received from the cargo owner, the situation at the border had changed: Manchuria railway station was heavily overloaded, as many goods were diverted for transportation by this way of transport due to the complication of the situation on the Russian-Chinese road borders. We were informed that delays in shipping could be up to three weeks from the time the cargo arrives at the station. We also learned that the station no longer accepts cargo till August 20. The situation in Manchuria was indeed very difficult: over 1,300 wagons with cargo stuck on the border territory.

We informed the customer about this, and he treated the circumstances with understanding. In accordance with the agreement, the owner of the cargo had to deliver it to Manchuria station. All expenses since that were covered by TRASKO. On October 17, the cargo arrived at the station. On October 29, we managed to find the required number of railway platforms and prepare the loading process. The work was carried out with the help of two cranes, which also required prior approval. On November 2, the cargo on the platforms arrived at the railway station in Zabaikalsk. The crane reloaded cargo from Chinese platforms onto the Russian ones.

The pipe turned out to be slightly larger than it was previously expected. We dismantled this spare part for further transportation and saving the customer’s money. At the same time, the cost of services for the client remained unchanged, but the work performed allowed the customer to avoid additional costs for transportation taxes across Russia.

On November 25, platforms with cargo moved from Zabaikalsk to the destination point of Allaguvat station of the Sterlitamak district (the Republic of Bashkortostan). Overall, the cargo covered a distance of 5,525 km for more than a week and was successfully delivered to the customer. 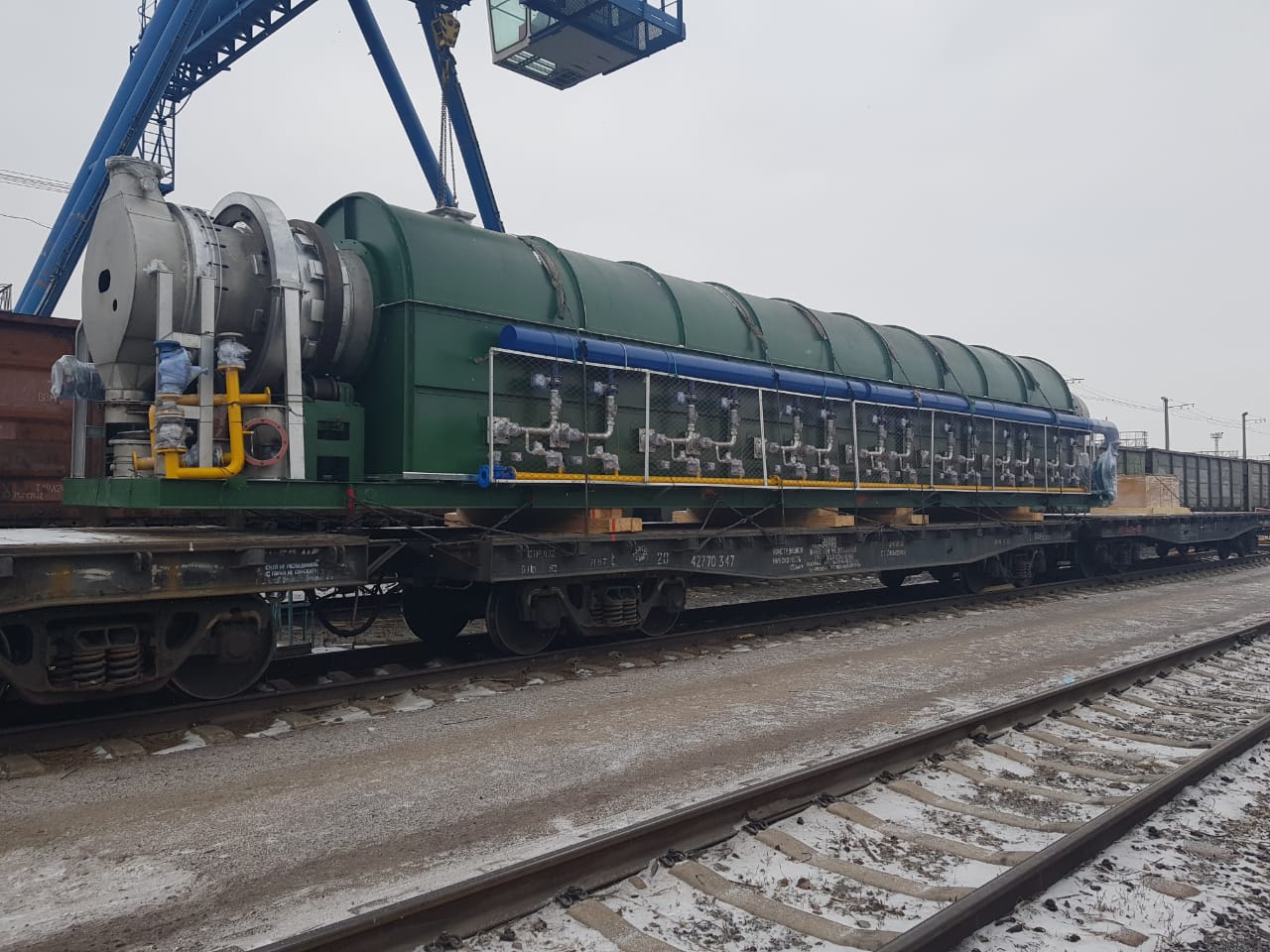 We have successfully carried out transportation despite some difficulties. Even in the most difficult and unpredictable situation, such as a pandemic, you can be sure that TRASKO would do its best and use it’s professional experience to provide you with a high-quality service for the delivery of your goods to their destination point. This is our job, and we are used to doing it conscientiously.